Six cruise companies operating at PortMiami signed a pledge with the Miami-Dade County Mayor Daniella Levine Cava and Florida Power & Light Co. to cut air pollution through the use of shore power.

Cruise ships now continually use their diesel engines while docked at the port, unleashing 48 metric tons of greenhouse gases every 10 hours, according to a Miami Herald analysis. Shore power will allow these ships to instead connect directly to the city’s electrical power grid while docked.

This commitment would make PortMiami the first cruise port in the southeastern U.S. to implement shore power for cruise ships, according to a statement from Cava.

The announcement did not include a timeline for when shore power will be implemented at the port.

“There are many details and issues to be addressed going forward, including the port infrastructure investments, ship configurations, financing and timeline for availability of electrical power infrastructure,” according to a joint statement from Levine Cava, FPL CEO Eric Silagy and the cruise company executives.

Entrepreneur and former Miami Beach Mayor Philip Levine is helping lead the initiative as a volunteer special adviser, according to Levine Cava’s statement.

Shore power is currently available at seven ports nationwide. Meanwhile, many European cruise ports are working to implement the power option by 2025 after a directive from the European Parliament.

PortMiami hosts more cruise berths per year than anywhere else in the U.S., so the implementation of shore power could go a long way to reduce overall air pollution emitted by cruise vessels. Environmental issues such as waste dumping have plagued companies including Carnival Corp. in the past, too, resulting in court cases and government inquiries. 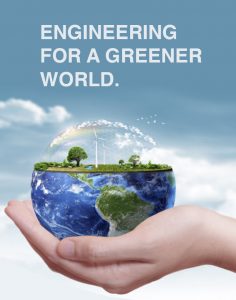